The relationship between the Catcher and Umpire is vital at every level of the game. These relationships can have a positive effect on the game and strike-zone as well as a negative effect.  The line is pretty thin and there are a few unwritten rules to follow that will help you stay on the good side of your umpire and potentially changing the outcome of close calls.

Catchers are one of the only players on the field outside of your manager that can ask the tough questions, that when asked by the pitcher or hitter, can seem a bit insulting.

When the mutual-respect is there, the umpire will look to you as the middle-man between the pitcher, dugout and even the manager.  In most cases, your umpire will turn to you first before he makes a call on your pitcher for a balk, “Tell your pitcher to come set.”  If someone in the dugout is being too chatty, he might tell you, “If he keeps it up, I’ll eject him.”

The very first thing any catcher should do when he gets behind the dish is to take off your mask, shake the umpire’s hand and introduce yourself.

“John Smith, nice to meet you” 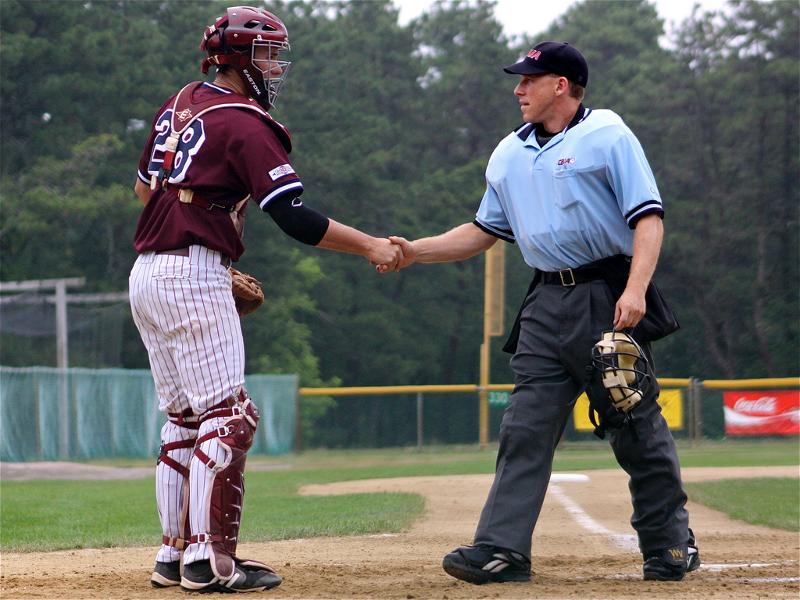 Small talk goes along way in gaining the trust or mutual-respect with the umpire that is calling your game.

“Where are you from?”

“How long have you been umpiring?”

Here are a few more scenarios :

“Seen any good games today?” – in a tournament situation.

“This is my first time catching, is blocking easy?” – if you want to jokingly scare him!

This is your time to make a first impression, so be polite and courteous!

One huge advantage the catcher has over anybody else on the field is his ability to find out exactly where the umpire’s strike-zone is and question certain calls.  This goes for when you are at bat or behind the plate.

Do not be shy with the umpires, ask them what you want to know – just do it in a polite manner.  More times than not, if you ask an umpire where his zone is at, he will tell you the exact parameters.

Here are a couple ways to ask the umpire about questionable calls :

“How much room are you giving me on the outside today?”

And here are a couple of ways to get on the umpires bad side :

“Where was that call earlier?”

Listen to what they say to you.  Often times, they will drop little tips to you.  “Your pitcher is tipping his curve.” “I’m not going to give you that outside pitch, come in more.”

If you think they got a call wrong you can simply, ask them “where did that miss?” Another way to do this is to hold the pitch where you catch it for a second or two after the call, just to let them know you didn’t like the call. (Holding a pitch for too long can come off as an insult.)

We have been in situations while batting, where the umpire called us out on strikes and when we got back behind the plate, he told us, “I owe you one!” 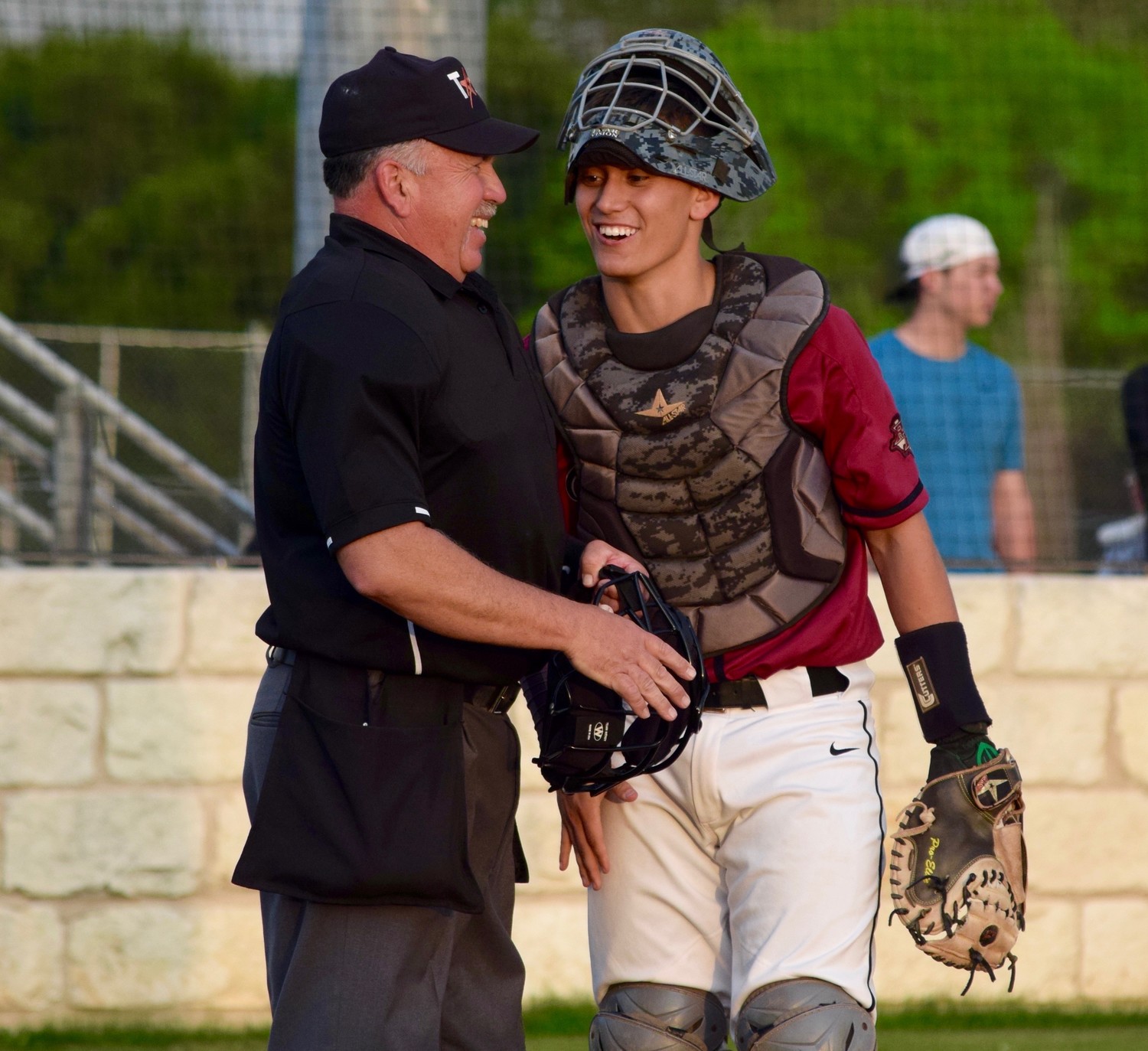 Baseball is a game notorious for the number of unwritten rules. Tipping your hat or Not stealing with a comfortable lead.  When it comes to the catcher and umpire dynamic, here are a few that are important to know.

NEVER SHOW-UP THE UMPIRE – If you make him look bad, he will make you pay!  Umpires do not like to be shown up or be yelled at, which is generally the reason for ejections.  Do not shrug your shoulders, let out a big sigh or hang your head after a pitch as this is seen as showing up the umpire.

If you are going to question a call or ask where the pitch missed as a catcher, you never turn your head around to talk to him.  By turning your head, it makes it very clear to the entire ballpark that you are questioning his judgement and looks like you are trying to show him up.  This won’t end well for your team!

It is the catcher’s job to stop any ball in the dirt from hitting the umpire.  They appreciate it greatly and if you protect him, he will help you out with strike calls, or even borderline pitches when you are hitting.

When the umpire gets hit by a foul ball, the catcher should walk out to talk to his pitcher allowing the umpire time to shake off the hit.  You will find that when the time comes that you get hit in the mask with a foul ball or worst case scenario, get hit in your golden boys, the umpire will do the same for you.  Most times, they will slowly clean off the plate or walk a new ball out to your pitcher, giving you time to catch your breath.

Building rapport with umpires will help you over the long-run and they will have much more respect for you as a ballplayer.  Don’t think umpires don’t talk to each other about players they like or even hate.

A lot of times, you will see the same umpiring crew throughout your baseball career and when they know that you are a respectable guy, calls might just go your way.

If you want to know how to handle pitchers, simply watch “The Pitcher and Catcher Relationship” – Bull Durham