Houston Warriors Baseball Academy’s Dylan Smith, was selected in the 18th round of the 2018 MLB Draft by the San Diego Padres Baseball Club.

Smith is a graduate from Stafford High School.  Like a select few Stafford baseball players before him, Smith is the first player to be drafted straight out of high school.

In April, Smith was offered a scholarship with the University of Alabama baseball program.

“It’s a blessing and an honor to be drafted,” Smith said. 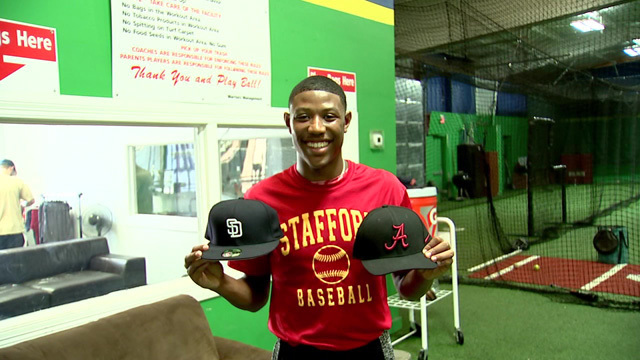 Dylan has been apart of the Warriors’ Baseball Academy’s organization since 2014.  While competing in numerous events, Dylan has always shown his character and competitive drive in whatever he is doing.

“Smith hardly ever let his emotions show during the game, which is something needed at the next level.  I nicknamed him Smiles, because even in most dire moments of a game, he would just look at you and give you the biggest smile. Kind of like he was telling us to calm down, I got this.”

Congratulations Dylan!  You will be apart of the Warriors’ Family for life!